Check out out our Events Calendar for Spring 2016. We have scheduled our Training Clinics and Seminars

I am excited to be involved in this historical Field Trialing event! South Carolina will be host to it’s first Cocker Field Trial to be held at H. Cooper Black Trialing Area in Cheraw, SC.

It was an exciting year for Shogun Kennels and our Clients. In December, I won a Cocker trial in Ohio with Trinket who is owned by Ruth Heston. She is now only 5 points from her FC

Shogun’s Retha, a beautiful Springer, earned her AKC Master title in the Spaniel Hunt Test program. She presently has one led toward her Master Advanced title.

Shogun’s Reba completed 4 series at the National Cocker Championship in Michigan. She also took a 3rd place and the guns award in New York.

Shogun’s Skeeter took a second and won the guns award in Maine and took a 3rd in Ohio. This  is a powerful Beetle son.

At only two years of age, 2 Beetle/Reba litter mates have won an Open Stake Cocker Trial!!!. Starting with Chester, owned by Vickie Dahlk, Mary Lou Dunn and me won in Wisconsin and Tolo owned by Jean-Marie Tate and handled by Mike Ludwig won in Ohio. Beetle has left his mark!

From the show side, Shogun’s Mia has won her show Championship…and she is not even two years old. Mia is now concentrating on her field work and show good promise.

Trinket, owned by Ruth Heston and handled by Joe DeMarkis, took a 4th place on Friday, October 17th, at the Mid-Atlantic Hunting Spaniel Cocker Field Trial.  This qualifies Trinket to enter the National Cocker Field Championship to be held in Altoona, PA , starting on Tuesday, October 28th.  The trial will run through Saturday.  Joe will also be handling our Reba, who is co-owned with Mary Lou Dunn.  Let’s wish Team Joe D. the best of luck!  Check back here for updates at the trial progresses this week!

Cheryl and I  had fun at the Mid-Atlantic Hunting Spaniel Club hunt test last Saturday. Retha, our English springer, was the last of 40+ dogs to run that day. She scoured the field, gun to gun, amazingly and in record time produced her two pheasants. Unfortunately, she forgot to ask “Joe may I?” before taking a giant step on the second one! Uh oh, no master leg for her! We had a great time and thank those responsible for holding this fun event!

A started Gun Dog can save you a lot of time and frustration.

When buying a started dog you should expect a good response to basic commands needed for that particular breed and a dog that understands what hunting is all about.

With a finished dog you can expect a hunting dog that is well polished in his performance. Steady with a reliable recall and retrieve.

First of all, make sure that the sire and the dam are doing and acting the way you in-vision your new companion to turn out. It is hard to replace sound breeding.

Sometimes a breeder will keep 2 dogs out of a litter to grow them a bit and see which one fits their program the best. Then they will sell the one they feel does not make the best fit.

This can be a great opportunity for you. In most cases a good breeder has socialized the pup and done the basic training. Will an older dog bond to you? Yes. Feed them, train them and love them. That’s all a dog wants.

Working with a Pro can save you an immense amount of time. If you decide to send your dog off to “Boot Camp”, be certain the trainer can do what you want him to do. Start off by meeting with the trainer and setting realistic goals. Once your trainer starts the process, do not be in a hurry to work with your dog. A good trainer goes through a bonding period before the dog will take the training.

Follow –up lessons are the key! This way the trainer can keep an eye on you and your dogs’ progress.

Starting your Pup properly is the key. Proper ground work should be instilled before introducing it to too much game. Once a dog shows you it likes to hunt, it is time to put in the controls.

Be very cautious when introducing it to gunfire.

One of the biggest problems I am paid to fix is gun nervousness. This is usually created by the owner. The dog does not understand that the sound of a gun is part of the hunt. Gun nervousness is something that can easily be avoided. Please go to the F.A.Q page on my web site. There you will find my gun proofing program.

Retrieving is an important element in making a good gun dog. Some are natural, some are not. For certain, one of the biggest causes for a poor retrieve is not properly developing it

If it is a pup go to F.A.Q page on my web site. There you will find my starting program.

If it is an adult dog, you must teach the dog to first recall, then hold, then recall and hold. Training an older dog to go hunting is not impossible. If your dog has a desire to hunt but you must use a conservative approach. 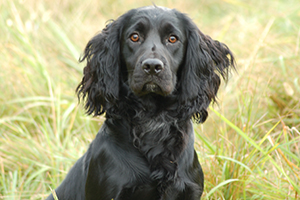 6/11/07 - 7/7/14 You left too soon, but I am grateful for what you gave us. “When they believe you, you have their eyes” - Joe DeMarkis
I hope you find these pages helpful through your dog training adventures. I would like to take credit for all of them, but the credit due goes to all the wonderful dogs I have been able to work with through the years. They are my teachers. Thank you for the opportunity. - Joe
joe@joesdogtraining.com Pottsville, PA 17901 570-628-5067
MENU